‘Gratitude’ was just another word from the dictionary for me. But it was not the case after I started this novel habit of holding this ‘Gratitude Journal’. As per thesaurus it means thankfulness, appreciation, gratefulness, acknowledgment, response, sense of obligation. Be it of any meaning, I would say it is something which not only brings merry to the person who gets it but also to the one who feels it. Feeling thankful for what we are blessed for will uproot the hatred we have towards a person. I know it’s too hard to practice, still once done, once enjoyed the syrup of happiness, we will never stop doing that – PAY IT FORWARD!
The truth is that everyone is obliged to the other in some way or the other. So what’s wrong in opening up and thank them for that reason.
What I did was:
By the end of the day, roll down all the scenes of the day in my mind. Pause each and every moment and write a thank you note if someone has been kind to me, helped me, assisted me, guided me, given me their time and effort as gift for my growth as a person as well as professionally. On the first week it was tough for me to think about every single instance in my day. Later when I started to appreciate the small acts people did and played a role in my day, life started to be beautiful!

Posted by Shanmugapriya at 21:36 No comments:

Some can draw the curve on your face,
Just by filling the space.
Posted by Shanmugapriya at 09:18 No comments:

When I'm posted with this question from my favorites, I'm stuck with blankness. Because the truth is I don't know the answer. There's this dilemma always between the statements "There could be no reason to like a person" and "There could be no reason to hate a person". People use it as per their convenience. But I don't want to fall into that ocean. I want to know which statement holds atleast the nearest truth, at least for answering my dear ones.

There are few people whom we like at the first sight itself without any reason. It's not just because they are beautiful, there are many scientific reasons behind it. Number one is, "schemata" which means, their face structure will be similar to those we have likings/related already. For example, if someone is similar to any of our favorite actor or actress, we tend to like that person on the first itself. That's the reason why new born babies gets attached with their relatives easier than their parents' friends. Number two, "deja vu moments" which means, on seeing some people we get the feeling that we have met them somewhere earlier. Such moments might be due to some pre-birth bonds. Though such ideas are not encouraged by many, it is scientifically proven.

The above mentioned reasons will cover only 20% of the relationships' durability. There are many bonds which lost its strength due to the aftermath effects of the compatibility. So the remaining 80% depends on how they both carry the bond. It is in their hands whether to colour it with bright shades or paint it black and white by finding faults.

A relationship goes through the basic six emotions of human being. Before explaining the journey of relationship, here are the basic 6 emotions: Happy, Surprise, Sad, Fear, Anger and Disgust. Beginning of a relationship will be alluring, everything will seem to be perfect, they will feel blessed, in short they will be in cloud nine every single moment. In depth, these happens because human brain will be so excited in knowing new things, they spend lot of time in asking questions, seeing things from the same point of view. They will be ready to compromise to be liked by the other. In order to impress the other, they pamper them with care and love to surprise them. Even in little events, they work to astonish the other. In depth, doing so will increase the expectation level on each other. In the due course, when either of them fail to act as per the other's expectation, there comes the brother 'disappointment', of the next guy 'sadness'. This is the stage where the amygdala (seat of emotions in brain) comes into role. People who handles this stage consciously and sensibly will get through all the other emotions and will lead a balanced relationship. But those who fail will fall in line with the succeeding emotions. Getting back to the track, sadness, such unfullfillments lead the person to feel blue, feel dejected. This feeling might cause the fear of being left alone or fear due to possessiveness. Most of the times this fear of one person is mis-conceptualized as 'taking control' of the other's life. For example, if A is afraid about losing B, where B is a carefree person. Everytime when B goes out with other friends without informing A and A asks about the actions, B misunderstands it as 'A is taking charge of his life activities'. Such arguments will lead to anger of A as well as B. Even this stage can be mended when they are ready to sit and sort things out. If the relationship and the person is their priority they will step forward to untie the complications but on the other hand, if their ego comes in front even the God can't help them. As a last stage, when they are not ready to 'right the wrong', even the feel about the other person will lead to disgust which will be the trigger to end their relationship.
So it's all at the hearts of the individuals to weigh which is important for them, the person or the ego!

Real love is when a person is ready to handle the 80% of the durability by surpassing all the hurdles just for your presence in their life! Beyond these, patience and understanding will help you to gain your loved ones love!
Posted by Shanmugapriya at 21:08 No comments:

For scaling up your patience,
Saving time from meditation,
Love them more,
Love them even more.

For enlightening acceptance,
Being 100 books' substitution,
Love them more,
Love them even more.

For making your heart frozen,
Channelizing the emotions,
Love them more,
Love them even more. 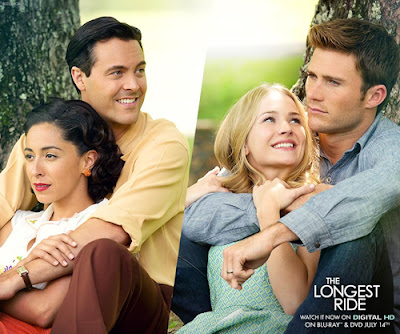 As they say, a bad day doesn’t end bad. There will be a silver lining to it. And today I experienced it. Misunderstandings, stress, feeling alone, missing some part of me somewhere were the feelings to which I was exposed today. It was not a good start, with all those addiction to my stupid hand partner(mobile). With no other ways of relaxing myself I was in a loop of watching F.R.I.E.N.D.S in youtube. Because of my little fear of completing my work before deadline, I made myself to sit down to work on my presentation. Long back, a colleague of mine shared a pinch of his treasured movie collection and was expecting me to comment about his taste and my review about the movies. Through some ray of expectation, I wanted to try one from it. My choice was “The Longest ride”. Without any clue on what I’m going to watch, what emotion the movie is awaiting to give me, how the actors have done their job, I sat with my pillow and laptop with fully charged battery. The chillness that the AC provided and no noise around me created the best of the climate to cherish the script. Seeing the female lead who is one of my favourites and the casual and breezy storyline I was travelling along the script. With the old man entering their lives I was not much interested at first. But then with few more scenes of him I started falling in love with his life than the lead actors’. The love, the compassion, the sacrifice, the care, Ira and Ruth had was unexplainable. It was a subtle movie which cuddled me with thoughts, lessons and it was like some power caressing me, gliding its hand over my hair and talking to me those words which Ira shared with Sophia. The sacrifice Ruth had made for her love, the hardships to adapt that Ira took for seeing the smile in her face, the decision Sophia made to let her dreams go to be with her love and the realisation dawned on Luke to choose which was his life, brought me tears.

“What made you to buy that painting?”
“Ira”
(I was literally crying)

I wanted to pour out my words about this movie in my whatsapp status. In my search for a pic of the casts and some quotes from it, I was thrown with another surprise. I felt my heart beat racing up when I found it. That movie has been taken from my most favourite story sculptor “Nicolas Sparks”. Still amazed by those 2 hours and 8 minutes journey, the journey of love of Ira-Ruth and Luke-Sophia.
I could not stop typing my experience about that movie here, in this post. Still, I had to right! 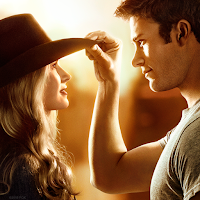 “….So many wonderful years. But of course, not nearly enough…”
Posted by Shanmugapriya at 09:20 No comments:

I guess today is a muhurtha day as I found the sound and decorations colouring the place when I was crossing the marriage hall. There were 2 ladies who were very much engrossed in their talk. But then I could see them being conscious about the jewels they have worn. In built characteristics make women so alert is what I felt. A girl sat next to me. After 5 minutes she poked me to ask whether I did my schooling in Salem. I might have resembled someone to her. What might have gone through in her mind? Should I ask her and get my doubt clarified? "It's better to ask out and if it's true I can have a chit chat and develop my network than staying dumb and losing a contact". Women are ready to open up and move forward but are finding an invisible limit.
Posted by Shanmugapriya at 22:35 No comments: